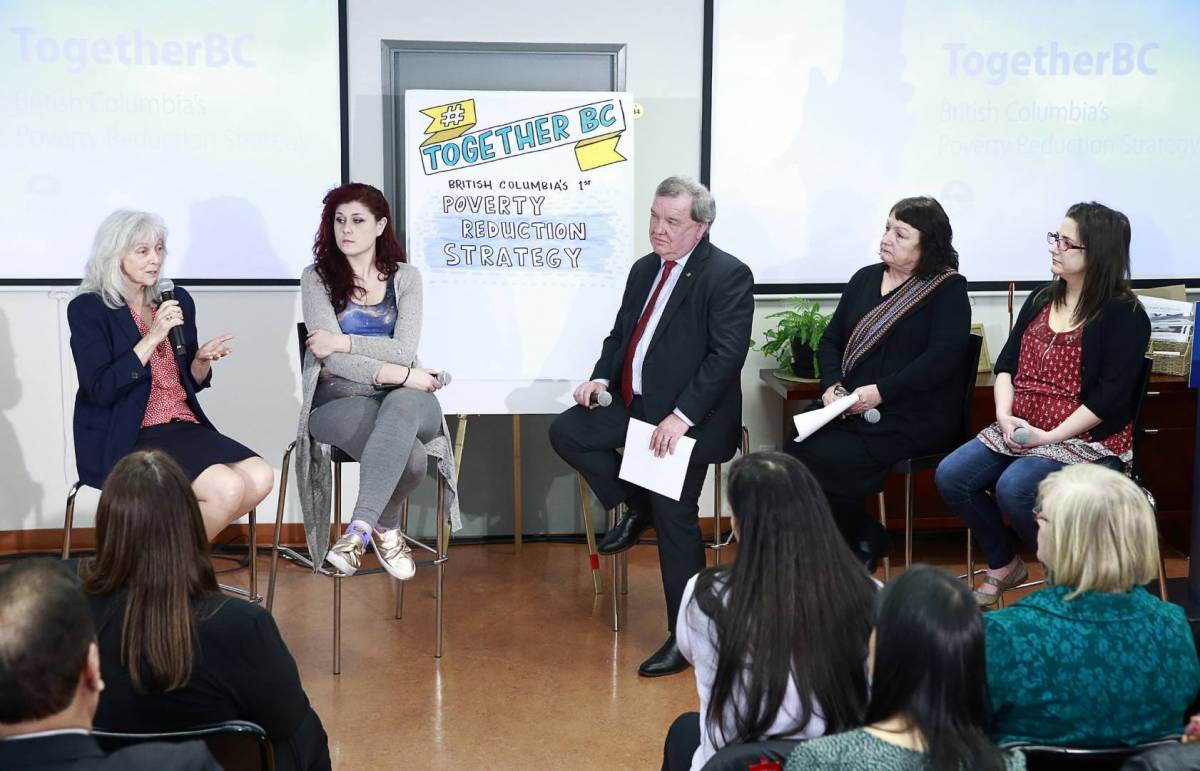 On March 18, 2019, the BC government unveiled its Poverty Reduction Strategy, which aims to reduce overall poverty by 25 per cent and cut child poverty in half by 2024.

After years of sustained advocacy, British Columbians now have a plan to reduce poverty. The Poverty Reduction Strategy is a mix of existing policies and several policies introduced in the 2019 Budget, designed to create a comprehensive, cross-ministry approach to poverty reduction.

Key pieces of the plan include the BC Child Opportunity Benefit (introduced in the 2019 Budget), a previously-set path toward a $15 per hour minimum wage, two previous increases to welfare and disability rates, and an approach rooted in reconciliation.

On the topic of living wage, the plan notes that the Fair Wages Commission "has also been asked to advise the government on ways to begin to address the discrepancy between the minimum wage and a living wage in our province. Government is looking forward to receiving these recommendations, and we expect they will guide future actions taken to make sure every British Columbian gets a fair wage, and will inform our ongoing work on poverty reduction."

A Poverty Reduction Advisory Committee has been appointed to inform the plan and report back on its progress every five years. Among the Committee members are our friends Adrienne Montani, Provincial Coordinator for First Call BC Child and Youth Advocacy Coalition, and Catherine Ludgate, Senior Manager of Community Investment at Vancity Credit Union, who is the Committee Chair.

While this plan provides a starting point for a whole-government approach to poverty reduction, it leaves several gaps. As Trish Garner, Community Organizer for the BC Poverty Reduction Coalition said, "These gaps urgently need to be filled moving forward, and those next steps are missing here. While the Child Opportunity Benefit will come in Fall 2020, and make a significant difference for children and families in poverty, we don’t have a sense of other concrete pieces of the plan over its lifetime over the next 5 years. Increasing income assistance rates far beyond the recent $50 announcement is critical, and tied to that, we must re-implement vacancy control to ensure those increases are going to the people we want to benefit. This is an issue of human rights for those people in the deepest poverty in B.C.”

As a member of the BC Poverty Reduction Coalition, we will be keeping a close eye on next steps for reducing poverty and improving the lives of British Columbians.

You can view the poverty reduction plan here.