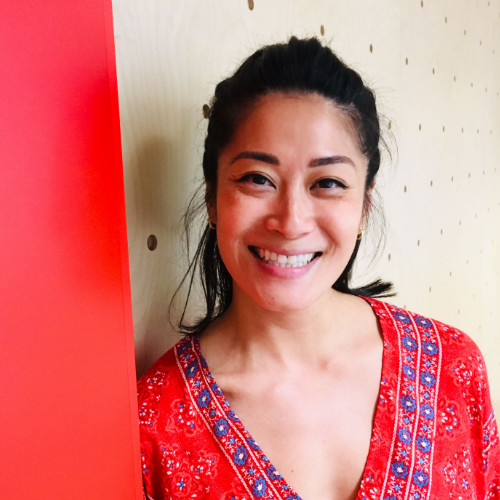 Bernice Paul leads People and Culture at Modo. She shares her experiences on why Modo are committed to the Living Wage for Families Campaign

This story starts with what it means to be a co-operative.

Formed in 1997, Modo is a carsharing co-op in the true sense of the word – not a sharing “club” or “collective”, as many assumed in the early days when other carshare businesses co-opted the word co-op. Modo members pay in to own a share of this business; being owners of the business, it’s in their interest to keep prices as low as possible. Affordability remains a pillar of how we operate our business. Maybe that’s why so many people assume Modo is a non-profit. (Spoiler alert: we’re not, though very deliberately put people before profit.)

To keep prices affordable, costs have always been managed tightly. Though it’s not always the case with co-ops, one of the outcomes with ours was that for many years, salaries and wages were on the low side. This was the case for much of the co-op’s history.

As Modo grew and became more competitive about a decade ago, salaries started rising and also became more competitive. Especially for specialized work like software development or marketing. But even up until 2017, we were still paying just above the province’s minimum wage for positions in the field, such as the car jockey.

We learned about the Living Wage For Families Campaign in 2018. As a business built on social purpose, the intention behind Living Wage made all the sense in the world to us. We believe in creating a more just and equitable society. It was a matter of creating a roadmap to make it happen – which we did, with the kind support of the Living Wage Campaign and other like-minded businesses like Vancity.

In reality, the change impacted a small number of our employees, but helped us rethink some of our processes and how jobs were done. And committing to the change gave us the opportunity to shine a spotlight on a topic that is fundamental to Modo’s Purpose: affording to live in a high cost region.

Modo has been a certified Living Wage Employer since 2018. I’m proud that we pulled through the pandemic year not only keeping our Living Wage promise, but without furloughing or laying off any employees. Social purpose businesses like ours frequently talk about the “People First” ethos; this past year we got to realize the ethos in a tangible way, and it feels great.

"Leaders shouldn’t be judged for how many ceilings they break, but for how many floors they raise. Lily Zheng

This resonates deeply with Modo’s people practices: ceilings are about an individual, whereas floors are about a community. As we strive towards equity and inclusion within our business, we encourage other businesses to join in and consider what it would take to become a Living Wage Employer.

If you need support along the way, you have a whole community to turn to. And I must say, it is very good company.

Modo is a certified Living Wage Employer in BC.

Bernice Paul has been leading People and Culture at Modo since 2015.