The City of Parksville became the fourth municipality in BC to pass a living wage policy on June 6, 2016. 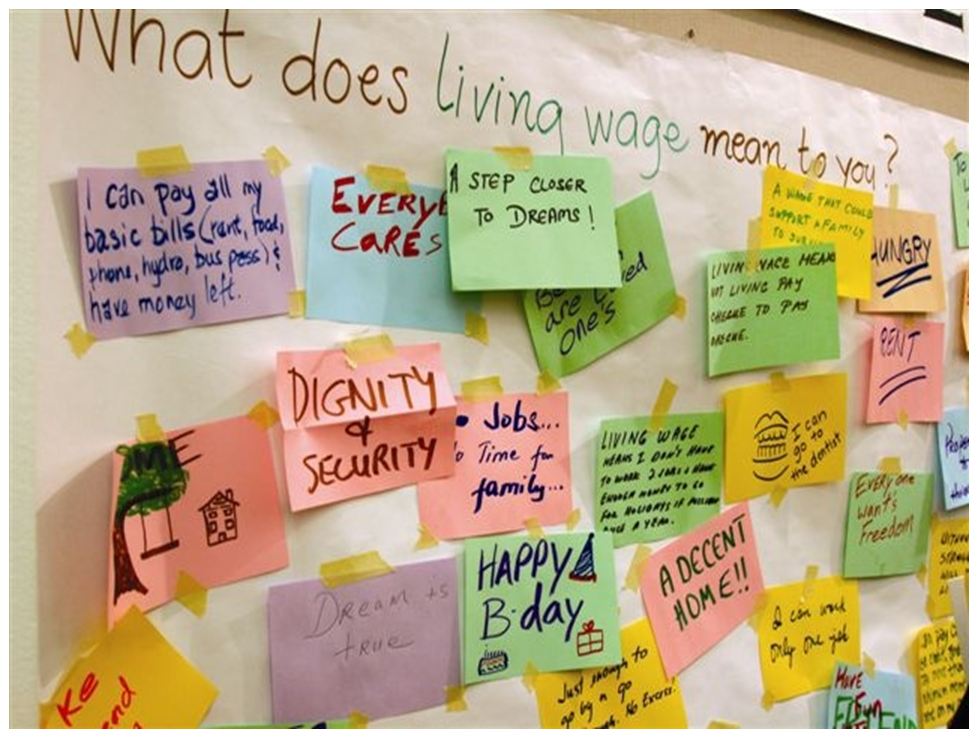 After the coalition completed a presentation to Parksville council on June 6, 2016, the Parksville mayor and council passed a motion to become a certified Living Wage Employer (five in favour, one against, one absent). City staff are now tasked with developing an implementation plan for certifying as a Living Wage Employer.

Key strategies used by the coalition prior to their council presentation included surveying councillors with a questionnaire; talking to councillors one-on-one; having elected officials who support the living wage (e.g., a School District 69 trustee, a Qualicum Beach town councillor and two Parksville city councilors are members of the coalition) be present at the city council meeting; and planning staged questions during the council meeting.

Rick Sullivan, an active member of the District 69 Living Wage for Families Coalition, presented the following information as part of his presentation to council.

“More and more British Columbians are working in low-wage jobs that simply do not pay enough to live on. We know that for most of the past decade, BC’s child-poverty rate, currently 20.6%, has remained consistently higher than the Canadian average. According to the most recent BC Child Poverty Report Card, 32% of poor children in BC – 44,500 kids – actually live in families with at least one adult working full-time, year-round. Child poverty in BC is very much a low-wage story.”