The Ontario branch of the Canada Centre for Policy Alternatives (CCPA) recently hosted a living age ‘think tank’ in Toronto with Michael McCarthy Flynn, campaign organizer for the Living Wage for Families Campaign. 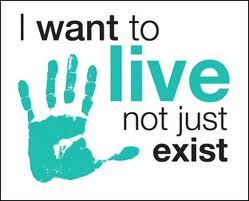 As part of this initiative McCarthy Flynn spoke in Kingston at a town hall discussion on the living wage movement – organized by a coalition of community partners through Living Wage Kingston and facilitated by Queen’s University political-science professor Jonathan Rose.   McCarthy Flynn also spoke to City of Kingston staff and produced a TV show promoting the introduction of a living wage policy in Kingston. a move the City of Kingston is currently considering. The city and will make its decision  in September 2013.

In March, the Hamilton Wentworth District School Board became the first school board in Ontario (the second in Canada) to declare itself a living wage employer.The board, which teaches 50,000 students in 114 neighbourhood schools, now ensures all full-time, part-time and contract staff earn Hamilton’s living wage of $14.95. Hamilton-area Trustee Alex Johnstone highlighted the importance of the school board’s policy via twitter, noting:

“Best way to fight child poverty is to pay mom and dad a living wage!”