From all of us at the Living Wage for Families Campaign, thank you for all that you do to support the living wage in your communities.

The living wage is gaining momentum across BC. We’ve doubled the number of Living Wage Employers in the past two years. Look at what else you’ve helped us accomplish in 2016. Congratulations to you all!

Common questions about the Living Wage

What is the difference between the minimum wage and the Living Wage?

The minimum wage is different from the Living Wage. The minimum wage is the legislated minimum set by the provincial government, it is currently $15.65 an hour. For a worker earning minimum wage, they would have to work an extra 10 hours a week to be able to make ends meet.

Thousands of families making the current minimum wage in BC are still living below the poverty line.

A living wage calls on employers to meet a higher standard, to ensure that wages for their staff and major contractors reflect the true costs of living in a community and that parents can earn what they need to support their families.

What is the benefit for businesses to pay a Living Wage?

97% of Living Wage Employers in BC have reported a benefit from joining the program. They have found that paying a Living Wage reduces staff turnover, recruitment and training costs and has increased morale, productivity and brand awareness.

What is the Living Wage for my community?

We have produced Living Wage calculations for 13 communities across British Columbia. Check out our map to find your local Living Wage rate.

How do I become a Living Wage Employer? 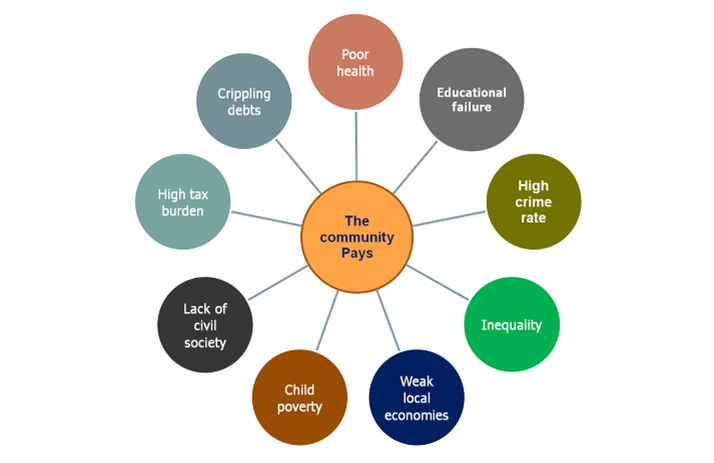 It is well established that lower-income households spend more of their money locally than those in higher-income brackets. And when workers buy goods and services in their local communities, it benefits neighbourhood businesses, many of which are small businesses. 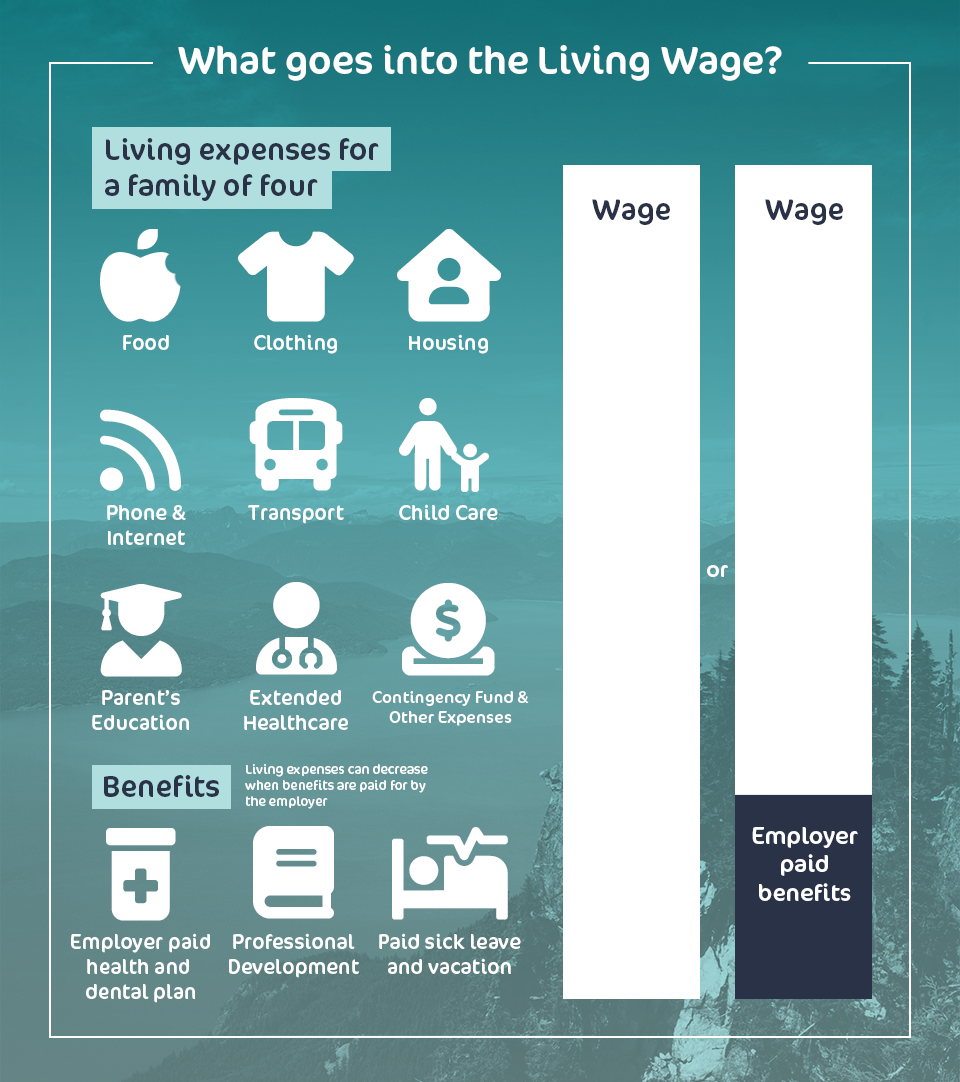 Living Wage for Families BC encourages employers to pay a living wage as well as advocates for government policies that would help families make ends meet.

Many children in BC live in families with at least one adult working full-time, full-year. In other words, child poverty in BC is very much a low-wage story. For most of the past decade, BC’s child-poverty rate has remained at one in five children living in poverty.

A living wage is an opportunity for employers to do better. A living wage calls on employers to meet a higher standard for their both staff and major contractors, to ensure that wages reflect the true costs of living in a community and that parents can earn what they need to support their families. More than 350 Living Wage Employers across BC agree and have certified with us.

It has been an incredibly busy year for the Living Wage for Families Campaign. We thank all our supporters and employers who have helped grow the living wage movement and reduce low-wage poverty across BC.

We certify employers that pay a living wage to their staff and contractors, advocate for complementary government policies that would help families make ends meet and work with CCPA-BC to annually calculate the Living Wage for communities across BC.

Our goal is for every working British Columbian to make a living wage.

To inform our work, Living Wage for Families BC works with a broad base of community organizations, allied groups, and employers. We also conduct research to ensure our work is informed by those with lived experience of working poverty and living wages. We are committed to good practices in working with communities impacted by working poverty, and we take guidance from the principles of the Manifesto for Ethical Research in the Downtown Eastside.

History of the Campaign