The City of North Vancouver officially becomes a Living 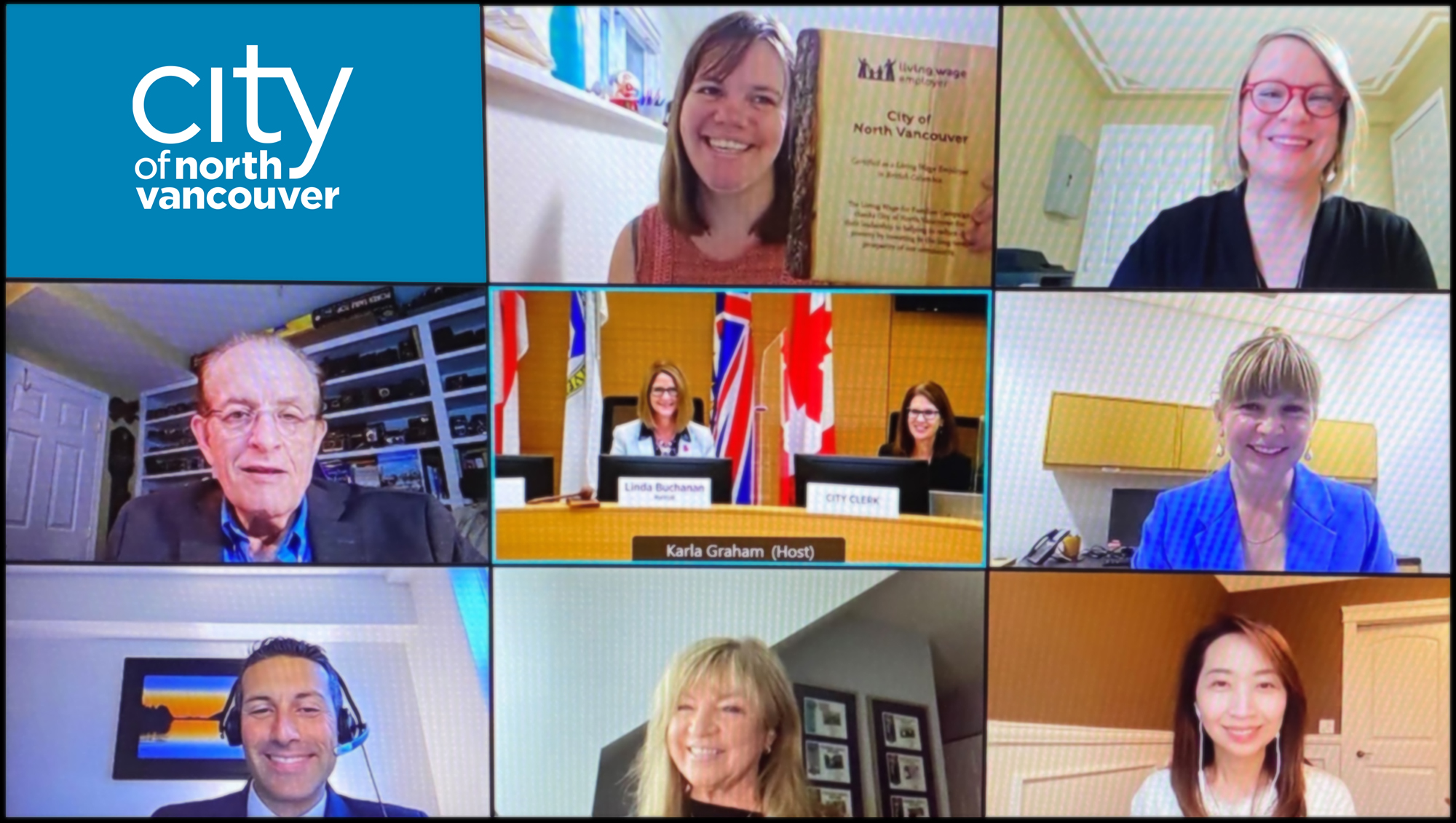 Last week, we (virtually) presented the City of North Vancouver with a plaque to officially recognize its commitment to ending working poverty, by paying all its staff and contracted workers a Living Wage

“We all deserve to be adequately compensated for the work we do but for too long wages have not kept up with the cost of living in communities across the province. That’s why I’m proud that the City of North Vancouver has become a living wage employer. We are investing in people and our economy so that everyone can prosper.” Mayor Linda Buchanan

The living wage is the hourly amount a family needs to cover basic expenses. The calculation is based on a two-parent family with two children – the most common family unit in BC – with each parent working full-time. The Living Wage for Metro-Vancouver is currently $19.50 an hour.

“We’re delighted that the City of North Vancouver has certified as a Living Wage Employer. Paying a Living Wage is good for the employer, the employee and the local community. We invite other employers to join the Living Wage movement,” said Anastasia French, Living Wage for Families Organizer.

The City of North Vancouver joins other municipalities including Burnaby, New West, Pitt Meadows, Port Coquitlam and Vancouver in committing to address working poverty in Metro-Vancouver.

Certifying as a Living Wage Employer is a voluntary commitment employers make to invest in their communities and local economies. There are 300 Living Wage Employers in BC, with over 30,000 employees who don’t need to worry about how they will afford rent, food and other essentials for their family because they are guaranteed to earn a Living Wage.