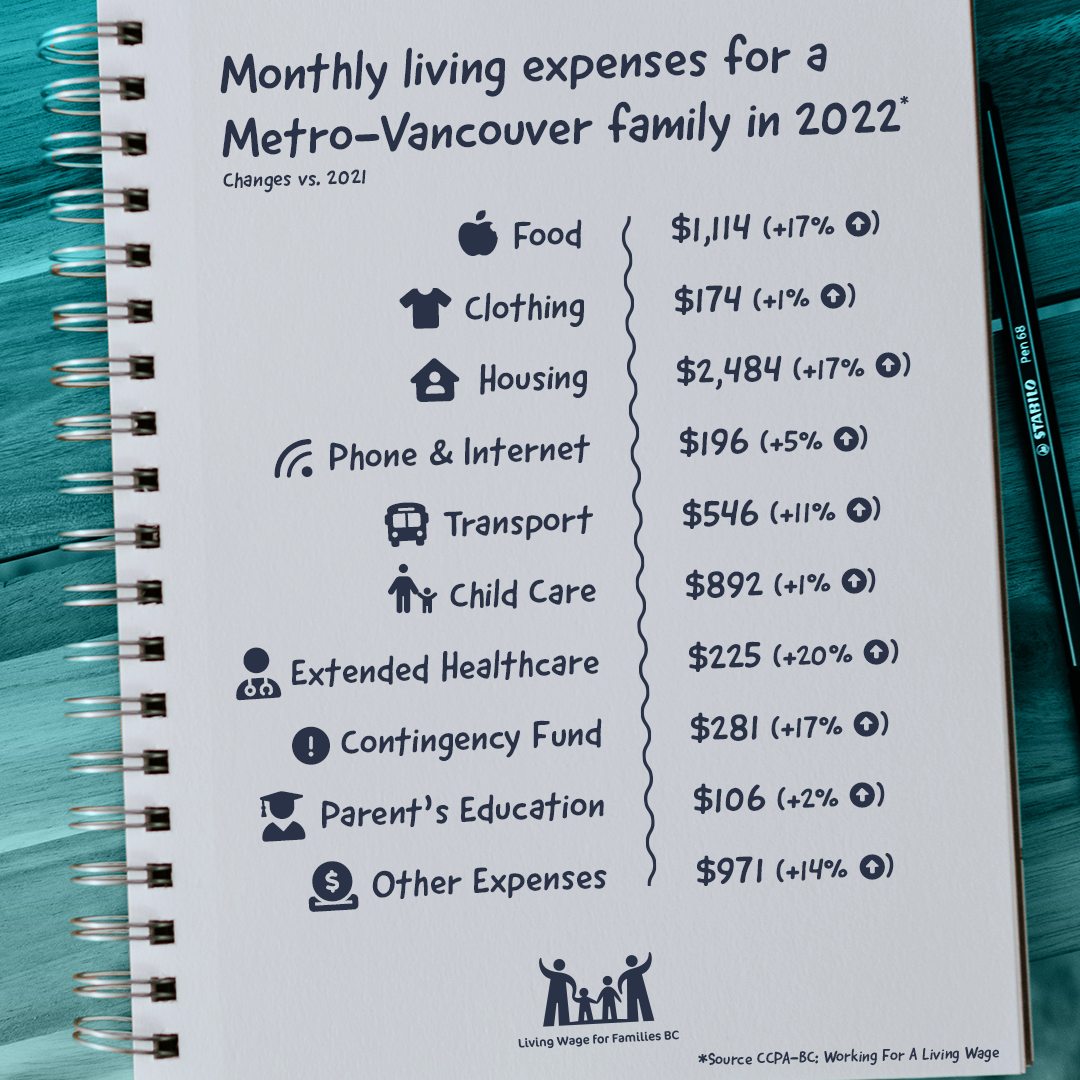 The living wage has increased across British Columbia due to significant increases in the cost of food and housing.

The living wage has gone up to $24.08 an hour in Metro Vancouver for 2022—the highest increase since the living wage was first calculated in 2008 and significantly higher than the rate of inflation.

And for the first time, Victoria’s living wage, $24.29 an hour, is higher than Metro Vancouver’s because of the increased cost of food on Vancouver Island.

This year the living wage has increased across BC in all of the communities where it has been calculated in the past and is driven by two essentials that every family needs: food and shelter.

“With general inflation shooting up to a 40-year high this year, and with the cost of food rising even faster and rent increasing everywhere, especially for families that need to move and are no longer protected by rent control, it’s not surprising to see such big increases this year,” says Anastasia French, Living Wage for Families provincial manager. 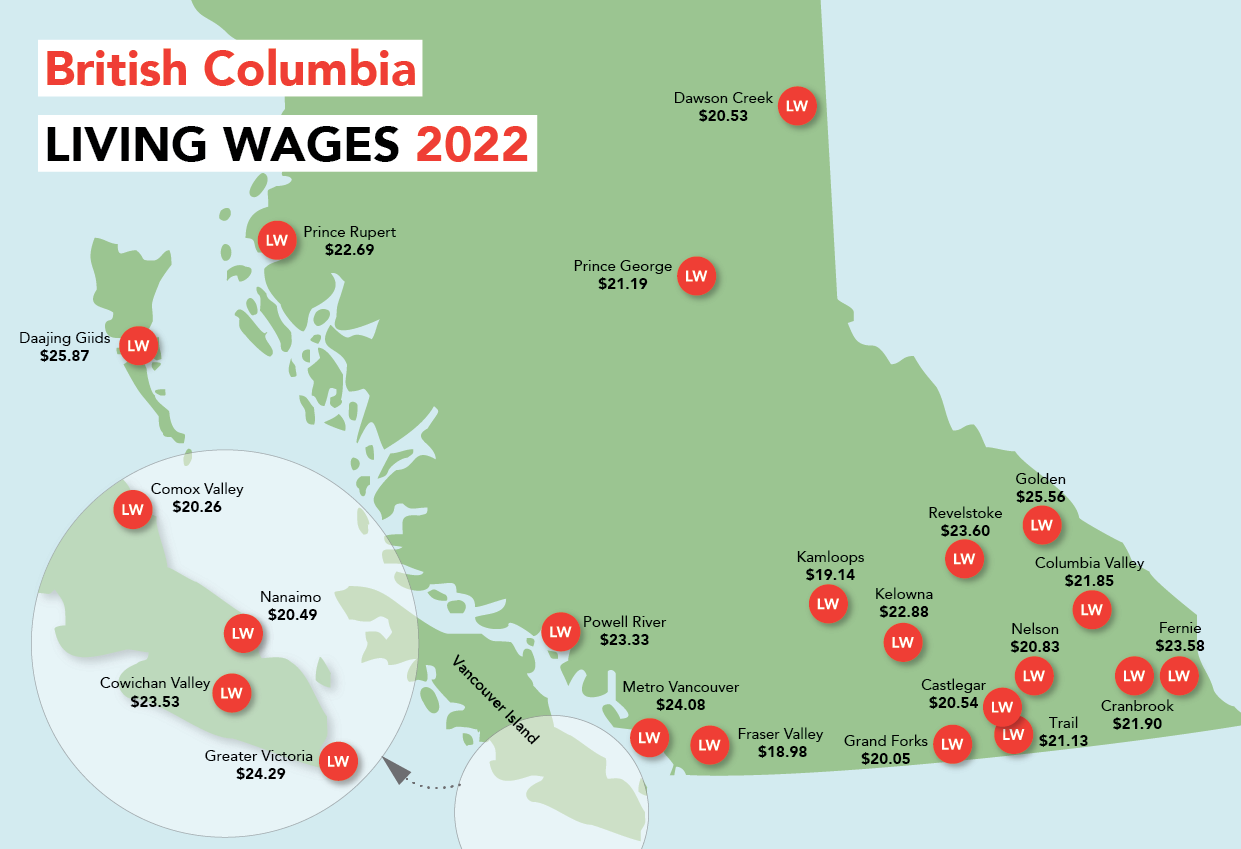 The price of groceries needed for a healthy diet for a family with two young children has spiked sharply this year, according to the latest BC food costing survey data.
In Metro Vancouver, food costs $1,114 per month, an increase of $161 per month or 16.9 per cent since last year. Food is the second-highest cost for families in most communities, only exceeded by the cost of housing. Food used to be the third most expensive item for the living wage family, but edged ahead of child care costs after the BC government made major investments in child care affordability in 2018 that significantly reduced out-of-pocket child care costs for the living wage family, French says.

“Until this year the living wage across most of BC remained below its 2018 peak because policy changes introduced by the BC provincial government significantly improved affordability for families with young children and offset increases in the cost of food, housing and other essentials,” says report lead author Iglika Ivanova, senior economist at CCPA-BC.

“However, the savings generated by these policy changes, including significant child care investments and the elimination of MSP premiums, have now been effectively wiped out by ballooning rent and food costs,” she adds.

Increases in child care fees were low this year, rising on average less than one per cent over last year, with costs reduced to an average $892 per month in Metro Vancouver because of the BC Affordable Child Care Benefit. While these public investments have helped improve affordability for families, the rising cost of other essentials have made it harder for families to manage.

The living wage is enough for a family with two young children to cover necessities, support the healthy development of their children, escape severe financial stress and participate in the social, civic and cultural lives of their communities. It affords a decent but still very modest standard of living, without the extras many take for granted, French explains.

A strikingly large gap exists between the 2022 living wages for communities across BC and the province’s minimum wage (currently $15.65 per hour).

While many BC employers see the value of paying living wages (with nearly 400 certified Living Wage Employers across the province), Ivanova explains the labour market alone cannot solve all problems of poverty and social exclusion.

“Good public policy can make life more affordable for families and when government transfers don’t keep up with the rising cost of living, the families hardest hit are headed by already marginalized earners, including single mothers, Indigenous people and recent immigrants,” she says.

These employers have committed to pay all their direct staff and contract employees a living wage and to require their major service providers to also pay a living wage, including for janitorial, security and food service contracts.