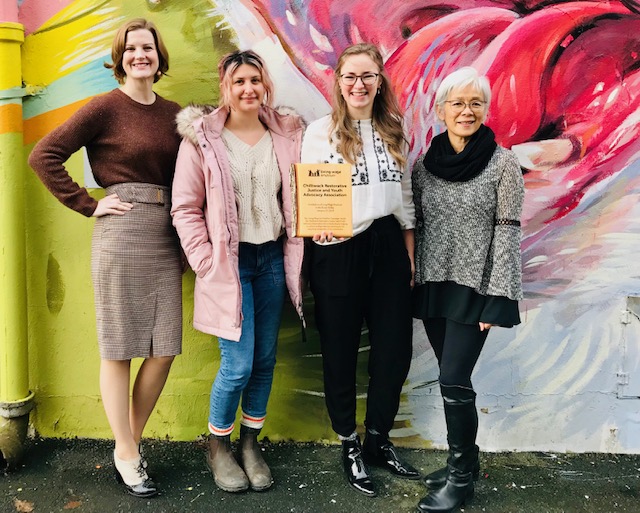 This non-profit was founded in June 1998 and has been a Living Wage Employer for three years.

They take people who have committed low-level offenses and their victims and help find a resolution that has accountability for the offender and meaning for the victim. They also offer a Preventative Response where they teach grades 1-8 how to deal with anxiety, what a community looks like, what a proper apology would be and any issues that the schools and/or classroom would like them to focus on.

With so much of the crime we see being rooted in poverty, we could not be a part of the perpetuation of that. Amanda Macpherson, Executive Director, Chilliwack Restorative Justice and Youth Advocacy Association

They support the Living Wage Campaign because Chilliwack has a higher poverty rate than the provincial average, and they would like to pay talented people what they're worth.

Being a Living Wage Employer helps show that you know people may enjoy their jobs, but you can't pay rent with personal satisfaction! Amanda Macpherson

Before they became a Living Wage Employer, staff turnover was really high. The main reason people stated that they were leaving was because they needed to work more hours and have increased benefits. Being able to pay benefits and a Living Wage has significantly reduced turnover for the organization.

I am very proud of our status with Living Wage, and am a member of the Living Wage Employers Committee, which reviews applications for other employers. It's amazing to see how other agencies are looking after their staff, and their commitment to their people. Amanda Macpherson

They would encourage other employers to join the Living Wage movement as a way to show that you truly care about your staff as well as making you a much more competitive employer.

Having to live outside of the city where you work can be an undue hardship, so why not pay your people so they can afford to live where they work? Because then, it's more than just making a living. It's about making sure they have leisure time, peace of mind, time with family, time for hobbies, even time to attend school. You can't take the human out of human resources and expect it to work. Amanda Macpherson