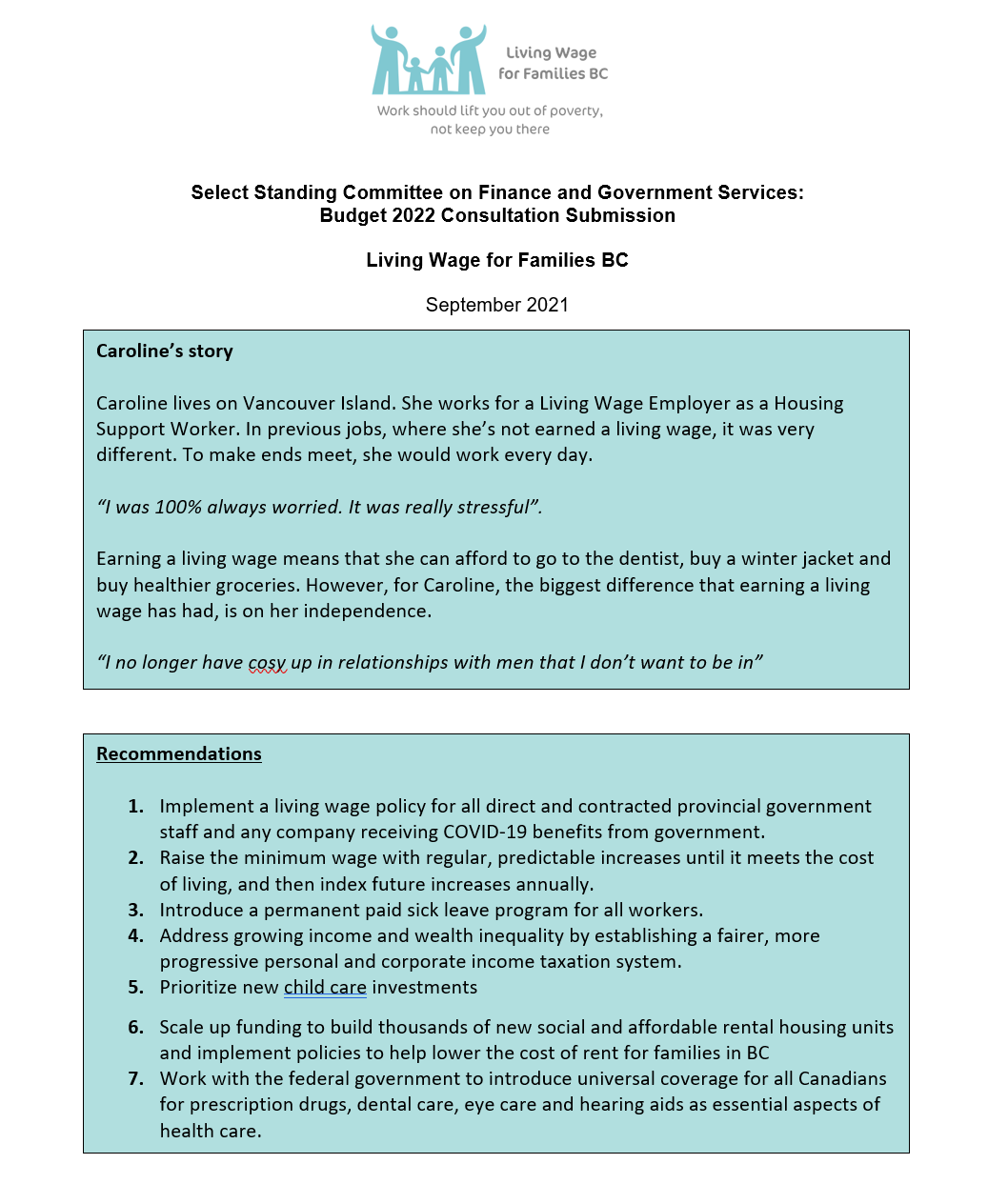 The provincial government has demonstrated care for our most vulnerable neighbours and a commitment to reducing poverty and inequality during COVID-19. Budget 2022 should build on these exciting foundations and implement further initiatives to support a just recovery for low wage workers.

We have 7 recommendations for change that will both lift the wages of BC's lowest paid workers, and lower the cost of living for families with children.

In 2019, the Living Wage rates dropped across British Columbia due to child care supports introduced by the provincial and federal governments. Because of these investments the Living Wage for Metro-Vancouver was $19.50 an hour, while without them, it would have been $22.47 per hour.

The lower living wages show the impact of good public policy. When more is provided in universal public services that everyone can benefit from, the cost of living decreases, and Canadians don’t need to struggle to pay for basic goods and services privately.

However, there is more that can be done to lift low wage workers out of poverty.