Welcome To Our New Campaign Organizer! 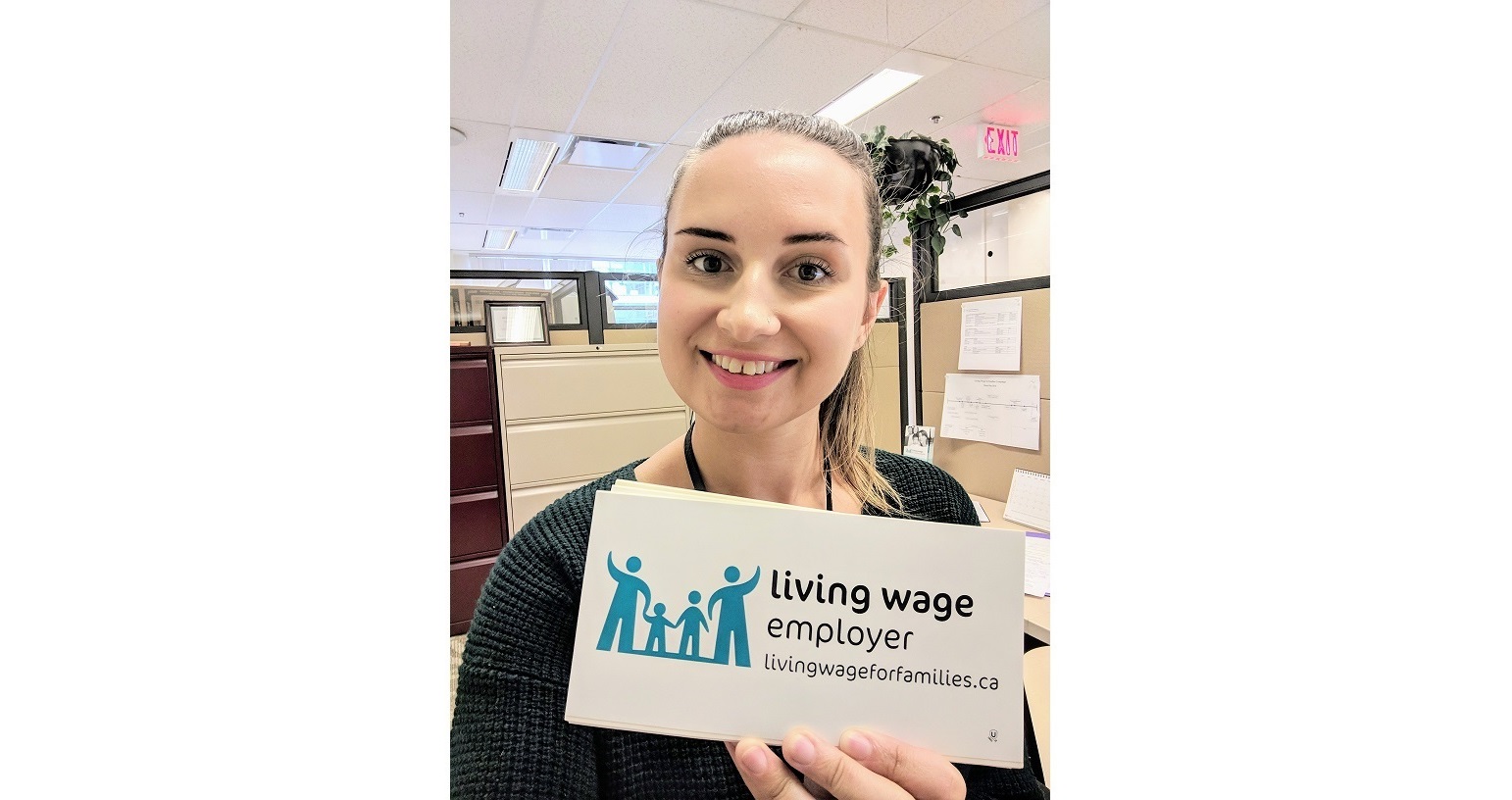 First Call is a dynamic, non-partisan coalition of over 100 provincial and regional partner organizations in British Columbia committed to strengthening support for the well-being of children and youth in BC. Through public education, community mobilization and public policy advocacy, our non-profit coalition aims to ensure children and youth receive “first call” on society’s resources and their rights are understood and respected. (See www.firstcallbc.org for more information.)

Building on our work monitoring child poverty levels in BC, since 2009 First Call has hosted the Living Wage for Families Campaign to address the high proportion of children who live with parents/caregivers in the paid workforce whose wages are insufficient to lift their families out of poverty. In collaboration with the Canadian Centre for Policy Alternatives and other partners, the Living Wage is recalculated annually based on the earnings needed to allow a household to meet its basic needs, after government transfers are taken into account. The campaign has certified over 100 living wage employers to date.

Overall accountability for the day-to-day operations of the Living Wage for Families Campaign to achieve agreed-upon campaign objectives as laid out in annual campaign/program plan.

The Living Wage Increases Across BC

(Vancouver) The cost of raising a family in British Columbia increased slightly from 2017 to 2018. And if it hadn’t been for reductions in Medical Service Plan premiums and child care costs, the increase would have been higher, says the Living Wage for Families Campaign.

A $20.91 hourly wage is needed to cover the costs of raising a family in Metro Vancouver, up from is $20.62 per hour in 2017. This is the hourly wage that two working parents with two young children must earn to meet their basic expenses (including rent, child care, food and transportation), once government taxes, credits, deductions and subsidies have been taken into account. The cost is calculated annually in Working for a Living Wage : Making Paid Work Meet Basic Family Needs in Metro Vancouver, a report published by the Canadian Centre for Policy Alternatives’ BC office, First Call: BC Child and Youth Advocacy Coalition and the Living Wage for Families Campaign.

Justice on Our Campuses - Day of Action! 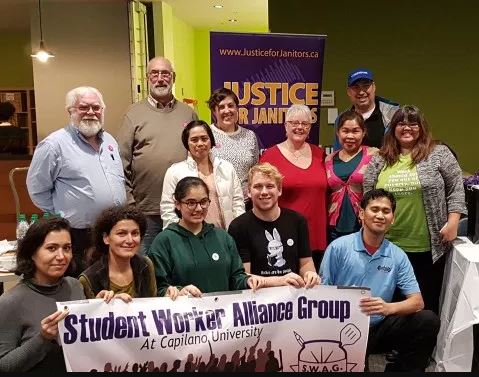 Tomorrow, April 4th, the ‘Justice Begins on Our Campuses’ Working Group composed of stakeholders from Langara College, BCIT, VCC, Capilano University, and UBC-Okanagan are holding a Day of Action!

The working group delegation representing five BC campuses plan to simultaneously deliver a series of recommendations to their respective administrators calling for a fair tendering process, a Living Wage on campus for all workers, and respect for workers' right to freely choose a trade union.

If you haven't yet, please go to www.livingwageforfamilies.ca/justice to support the campaign by sending an email to school administrators.

Their Media Advisory is as follows: 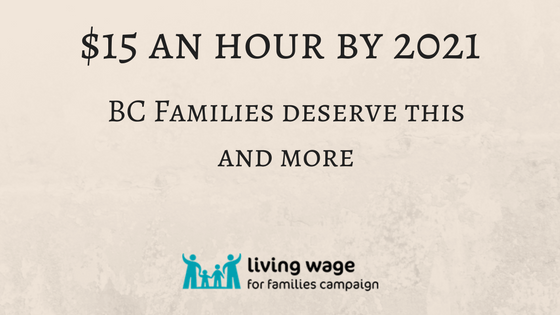 BC leads the country in having the highest rate of working poverty. A $15/hr minimum wage will mean a raise for 400,000 workers across BC who are working for less than that.