City of Pitt Meadows certifies as a Living Wage Employer 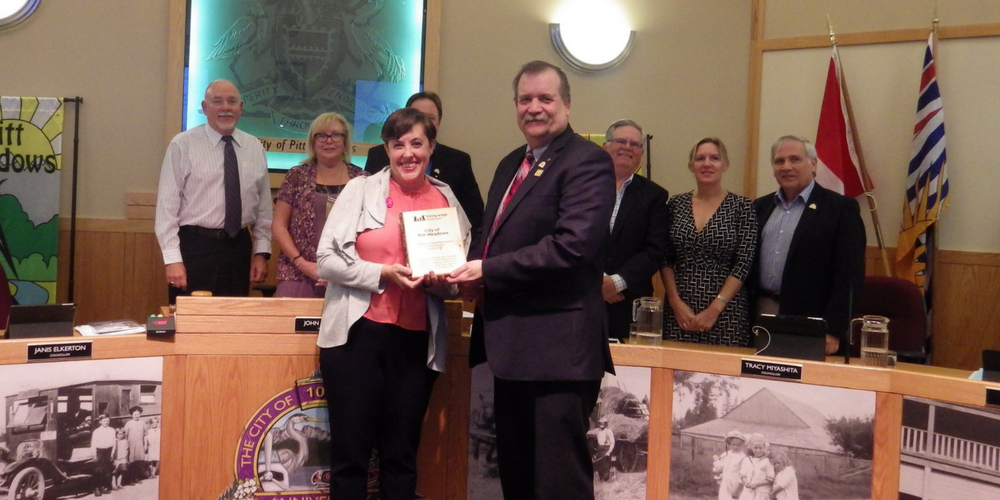 “It was important to Council that Pitt Meadows show leadership in supporting lower-income workers and households,” said Mayor John Becker.

"In implementing a living wage for all City staff and contractors, the City of Pitt Meadows is demonstrating leadership on the issue of low-wage poverty," says Deanna Ogle, Campaign Organizer with the Living Wage for Families Campaign.  "Pitt Meadows prides itself on being a family friendly community and this step ensures that City staff and contractors can support their families and breathe a little easier at the end of the month.”

Metro Vancouver's living wage rate for 2017 is $20.62 including direct wages and the value of non-mandatory benefits. The living wage is defined as the hourly rate required for two working adults to meet the basic needs of a family of four such as rent, food, transportation and childcare. It is calculated annually by LWFC and is based on the regional cost of living. It does not include pension savings, debt service, or many other routine expenses.

City employees are already compensated at the current living wage rate, as are many contracted staff. A staff report provided to Council in 2016 indicated that only two City auxiliary positions fell below the recommended Living Wage hourly rate, and that based on the projected costs to adhere to the Living Wage guidelines, the cost to the City would be an additional $11,099 for 2017.